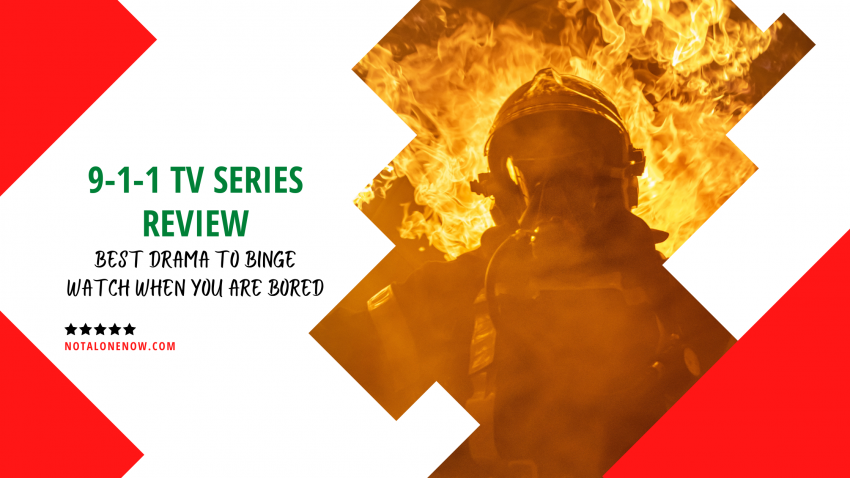 Last weekend I was going bonkers, completely bored out of my mind. I was searching to watch something good & that is when I came across this amazing show called 9-1-1

First I was skeptical because as I said, I was looking for entertainment & as we know 911, emergency responders it got to be intense & probably heartbreaking as well

Anyway, I thought to check it out, at least the first ep as I didn’t have anything to watch & The trailer did look good

I finished binge-watching the full 9-1-1 Season 1

It showed how being surrounded by life & death situation takes a troll on you but still saving lives, being there for people when they are hurt, scared & vulnerable makes it worth it

You can watch 9-1-1 online on Amazon Prime

The show is amazing, right from the beginning, from the first ep itself I got hooked.

Yet it had emotional, heartbreaking moment’s but it is a full package

I loved every minute of it. There were moments I felt sad, emotional even ❤️ break & there were also moments where I was laughing like anything or rooting

For anyone who is looking to watch something, just go for this!

But trust me this show is worth watching. I really enjoyed myself

There are many scenes in which you can literally feel it. I’m literally tempted to start the next season or at least get some spoiler but I’m packed for a week, so it got to wait for the next weekend

Anyway if you are interested. do check out the show, you won’t regret it I promise