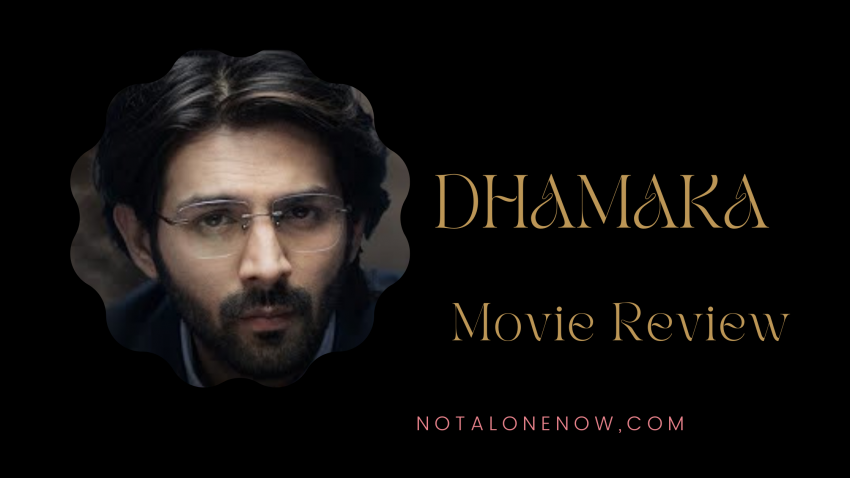 DHAMAKA is the new movie by Kartik Aaryan, it was released on Netflix on 19 November here is my review

When Raghubeer (terrorist…for now) calls him that he is about to blow up the sea link he thinks it is a prank call but when a bomb blast occurs rather than informing authority, he thinks about using the exclusive news to get his prime seat back…what follows after is a series of Dhamaka

As far as I’m considered I feel the casting was perfect, each & every actor played their part perfectly.

The movie shows the ugly side of media, where how news is made & manipulated to get more rating

You know there are some movies you keep thinking about them even when you are out of the theatre, this is one of them

USP of the movie

What I loved about the movie is the ending. We have become used to those stereotypical Happy endings

We are made to believe that everything works out in the end. if it is a fight between good & evil. The good will always prevail.

As much as I want to believe it, that is not how reality works

I loved the ending, not happy or perfect but real

Of course, Arjun Pathak wasn’t the dhud se dhula guy but he was trying to do right…

The ending was the reflection of reality, where it shows that people with power will play you like Pawan

I personally loved it, the movie holds your interest from beginning to the end, when you’re watching something on OTT you have the ability to pause it, forward it but honestly, during the whole movie, I didn’t touch my mouse at all

It was quite interesting, it keep me hooked till the end

In fact, I wanted more…the song khoya Paaya at the end is absolutely perfect

The lyrics match the situation, it will touch your heart

I’m so glad he did this movie, I was tired of watching Kartik as a guy in love or pissed at love (he is really good at it but he is really capable of doing so much better)

Do watch the movie on Netflix

Not a paid Review..,

Dance Plus Season 6 Review, My Favorites